Q:  " What is your best tip for getting started on a project and then staying committed?" - Nancy N.

A: Many times when we don't want to start on a project and stay committed, it comes down to overwhelm and perfectionism. And I have a concept that helps me to get started and stay committed. It's calling PROTOTYPE.

What's a prototype? It is an early sample, model, or release of a product built to test a concept or process or to act as a thing to be replicated or learned from.

The 90-Day Vision you create in the Daily Action Planner is a prototype. This is the first step to creating a magnet between you and your goals. The trick is to create prototype after prototype in order to bring your vision into reality. 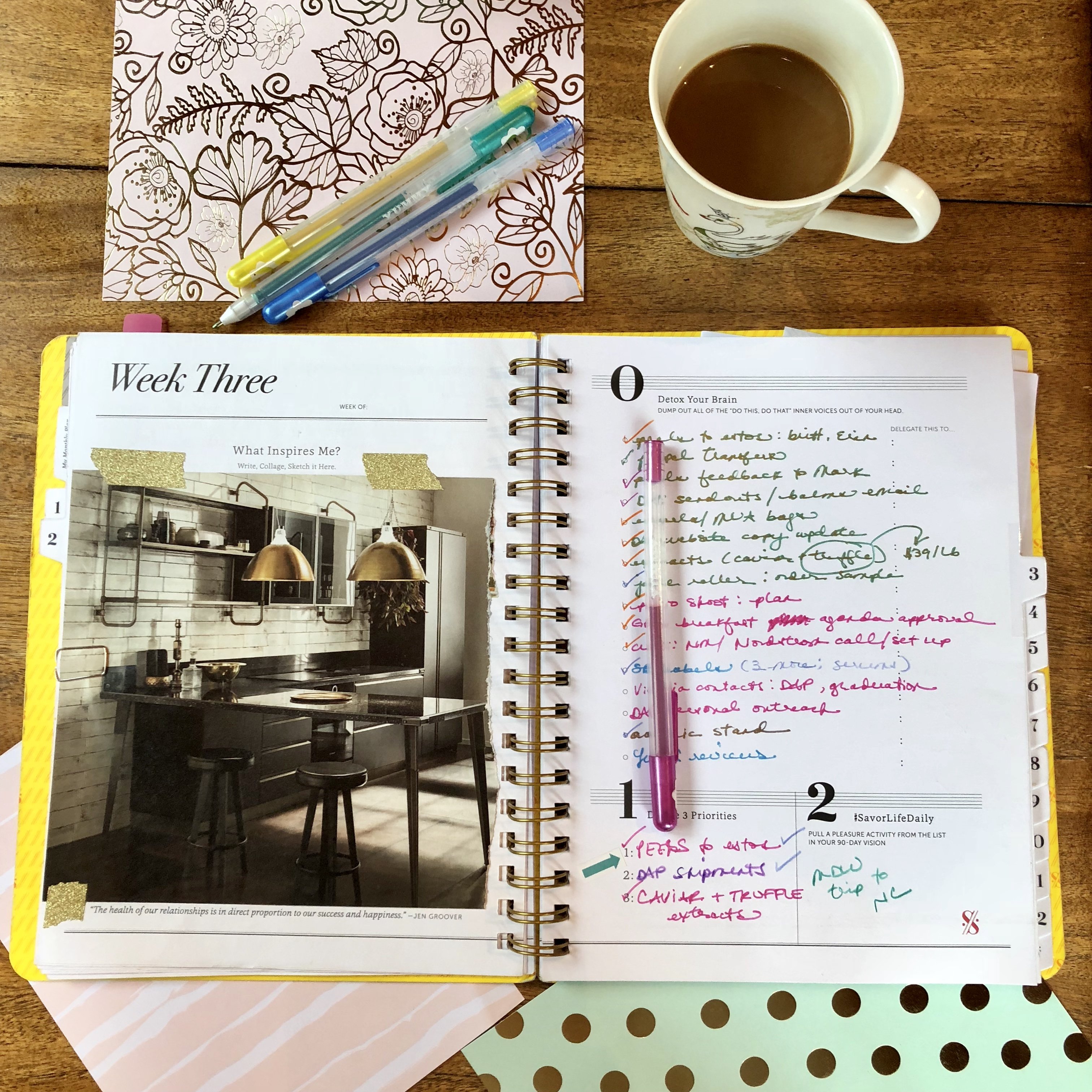 A prototype can be a product or service launch, a blueprint for your dream kitchen, an outline for a new workshop, a book proposal, a service offering.

Warning! Your first prototype might be horrible, and that’s okay.

The secret is to constantly give birth to these prototypes while using what you learned from the previous prototypes. Each “birthing” of a prototype brings an inexplicable force and adrenaline that propel you to create the next improved version.

Most people allow perfectionism to kill the process. They feel like they have failed and then stop.

No, you have not failed. You just didn’t continue on to the next prototype. I love the “prototype” concept because by definition it is meant to be molded, tested, and experimented upon.

It allows space for mistakes, failures, and adjustments, which are often precursors to success.

Angela Jia Kim
Prototyper who prototyped 1000s of creams that are now at Nordstrom.com